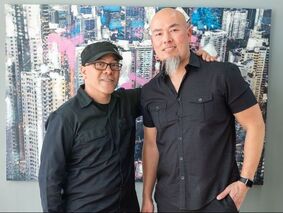 ​Anh Chiem
There are hairstylists and then there is Anh. The Asian guy without his own mane to tame. Raised in Dallas, he started working for a well known beauty supplier and was inspired visiting local salons. After attending Toni & Guy academy, Anh was uniquely picked to work with Guy Mascolo one of the founding brothers of Toni & Guy. His natural talent combined with his now expertly trained techniques sent him to Central America for 2 years to start Toni & Guy training academies and salons. Throughout his 25+ years working as one of Toni & Guys top hairstylists in the nation, he has built a reputation of excellence with his extreme attention to detail, ability to transition from trending to classic styles and pure love of every client he has. When you are in Anh’s chair, your worries melt away, you become relaxed from his calm and confident demeanor and you are treated as family. Leaving with the best haircut you’ve ever had and the confidence to take on the world.

ROBERT Banyaga
​Robert began his career as a Color Educator for L’Oreal Professional in the US and in Canada. He later became a Technical Director for TONI&GUY  Hairdressing in Southern California and Dallas.  Relocating to Dallas full-time, he worked as a National Color Educator for TIGI  Haircare and now is the Regional Educator for Dessange Group. Robert’s work was showcased  at many beauty industry trade shows and seminars including the 2013 North American Hairdressing Awards (NAHA) as a color finalists. Utilizing his 25+ years as an educator, he continues to create looks using advanced techniques that he’s so well known for. Robert loves to create custom looks for clients, incorporating the haircut and hair texture by utilizing techniques such as Balayage, Ombre and other dimensional techniques.  When Robert isn't creating hair art, he enjoys music and plays Bass in various local bands. Limited appointments available due to travel.

Shandy Bagby
​​Shandy is a fun ray of sunshine back from Hawaii. Before she lived in Hawaii, she lived in McKinney and worked for Toni & Guy Hairdressing at the Frisco & Fairview locations. She decided to jump into a new venture and opened her own mini salon specializing in Brazilian Blowouts. She is an amazing colorist and her talent with haircuts is unmatched.  When she's not doing hair she spends time on the lake, doing yoga and loving on her Staffordshire Bull Terrier Lani. ​​ 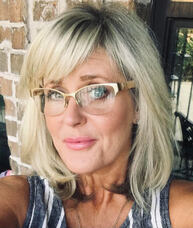